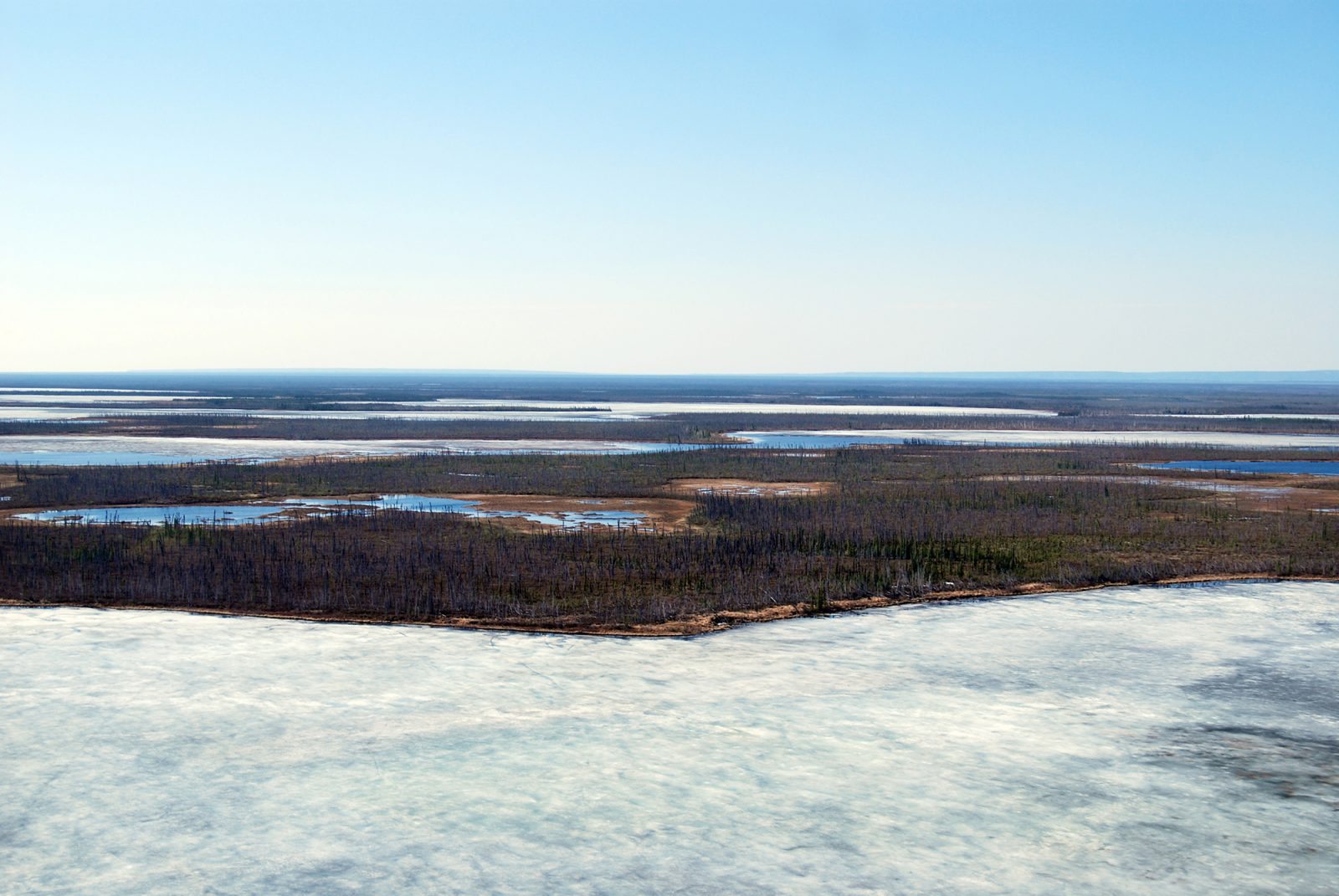 The Peel in June demonstrating just how late ice cover is present on the landscape. The photographed area is a wetland complex in the northeast corner of the Planning Region from the Taiga Plains portion of the watershed where Ducks Unlimited Canada has determined it to be important waterfowl habitat.

“In life we complete many circles. Today I’ve completed the most important one. It was on these lands that I learned about the Peel watershed. Today we are all Peel people. The land is our greatest teacher, provider, and home […] Today gives me hope that this is an opportunity for us to implement a plan in a way that it was meant to, together. Mashi”
– Vice President Jordan Peterson, Gwich’in Tribal Council (Mayo, YT: August 22nd 2019)

After decades of land claim negotiations and a lengthy 15-year land use planning process, including a federal supreme court case, August 22 marked a day of celebration. The Peel Watershed benefits from 13.8 million acres of protected land out of a total of just over 16.6 million acres. This commitment to using a modern-day land claim to protect habitat depicts the shared management responsibilities between First Nations and territorial governments.

Fifteen years later, there can be no greater symbolic act of unity suited for this event then the pouring of water from waterways where all five governments originate into a single vessel. This is what reconciliation looks like. The water ceremony which concluded at the boat launch in Mayo, YT signified the start of a new partnership. One where all five governments work towards a common goal, the wise management of the Peel Watershed so that generations to come can enjoy its bounty. The Peel Watershed Regional Land Use Plan will be implemented jointly by the Government of Yukon and First Nations and involves the protection of 13.8 million acres of habitat. The active and wise management of this habitat will support federal Target 1 objectives of aiming to conserve 17% of Canada’s land and freshwater by the end of 2020. The International Boreal Conservation Campaign (IBCC) and Ducks Unlimited Canada (DUC) have always supported the active involvement of First Nations in the management of protected areas. They have the capacity and the traditional knowledge to monitor and effectively manage resource use within the Peel Watershed.

By dividing the Peel Watershed into 16 landscape management units (LMU), the land is partitioned into key focus areas which can more easily be evaluated in the short-and-long-term. Though many parties were involved in the discussion and negotiations of the Peel Watershed, the success of managing the Peel Watershed is contingent on the active collaboration of the Government of Yukon and Na-cho Nyäk Dun, Vuntut Gwitchin, Tr’ondëk Hwëch’in and Gwich’in Tribal Council.

“The Peel Watershed is one of North America’s largest and most pristine areas. It is one of the truly last pristine environments anywhere in the world. It is a delicate ecological region, used by migratory wildlife. Home to threatened species like the boreal woodland caribou, grizzly bears, moose, Dall sheep, and wolf are just some of the many large animals that share this bounty in this Northern treasure. Its clean waters run through and revitalize 14% of Yukon’s territory, flowing towards the Arctic Ocean through the McKenzie Delta.”
– Premiere Sandy Silver, Government of Yukon (Mayo, YT: August 22nd 2019)

With 16.6 million acres of land constituting the Peel Watershed, and 13.8 million of those acres being protected (83% percent of the whole) under three different designations, it was imperative that the Peel Watershed Regional Land Use Plan establish different environmental, social, and economic goals. To maintain ecological integrity, in the northeast of the planning region for example, there are 1.49 million acres of habitat DUC determined, through research and analysis, to provide the best habitat for waterfowl in the planning area, harboring at least 20 waterbird species. Turner Lake (Land Management Unit 11) which encompasses 2% of the region, is a designated Special Management Area which is a thriving ground for waterfowl and boreal caribou. Additionally, Turner Lake is historically known as a great location for traditional harvesting (trapping). Through the understanding of the value of the various habitats within the Peel Watershed, the Landscape Management Unit designations have been put in place to help balance environmental, social and economic goals.

Together, First Nations and Government of Yukon will work collaboratively towards this new modern stewardship approach for habitat conservation and ensure that the Peel Watershed retains its environmental, social, and economic value for decades to come.

“The most important part about today, this is what reconciliation looks like. […] Climate change is real. We have a biodiversity crisis. You have a commitment from me, from the federal government. What I am looking forward to the most next summer, is coming down with my children and going to canoe in the Peel Watershed. Mashi cho.”
– Minister of Environment and Climate Change Catherine McKenna, Government of Canada (Mayo, YT: August 22nd 2019)