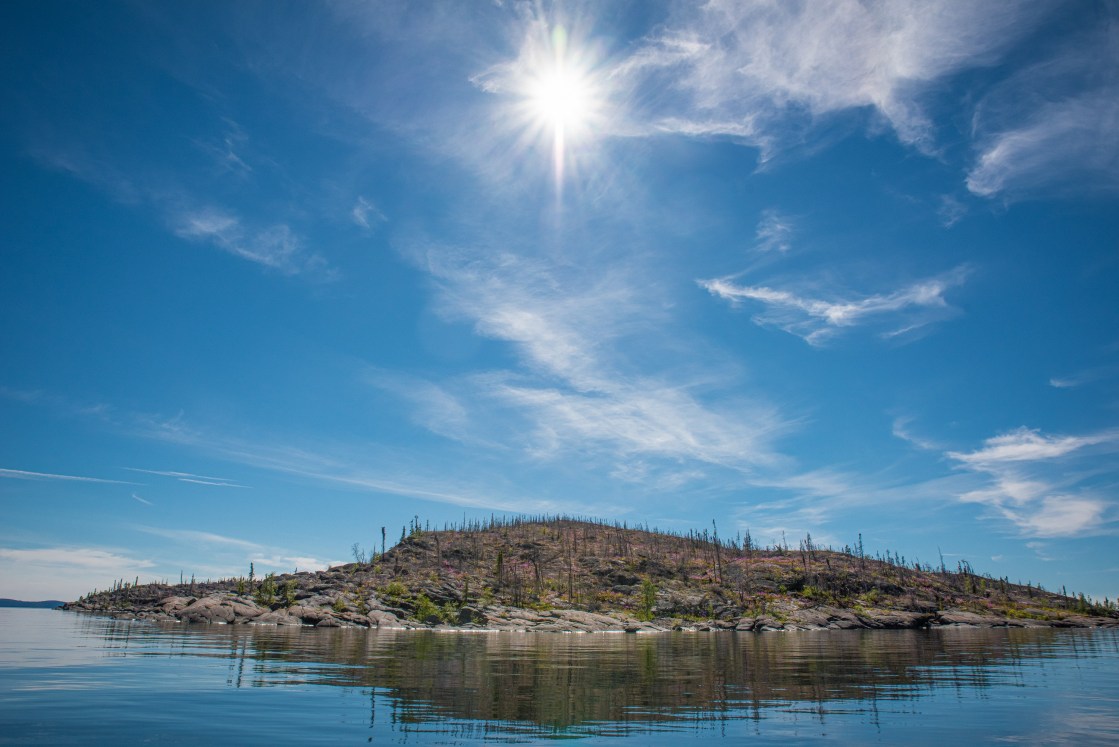 About 115 miles northeast of Yellowknife, the Łutsël K’e Dene First Nation has led the creation of one of the biggest protected areas in the country. The Dene who now call Lutsel’Ke home have survived on these lands for thousands of years. The area unfolds along the eastern shores of the Great Slave Lake. Towering cliffs rise out of the water, then broad waves of boreal forest give way to stretches of glorious tundra. Caribou, musk oxen, moose and tens of thousands of songbirds and waterfowl find a home on these lands. And a mosaic of wetlands, lakes and streams provide clean waters for the entire region. On August 21st, Łutsël K’e Dene First Nation signed an agreement with the Parks Canada Agency and the Government of the Northwest Territories to permanently protect 26,376 square kilometres of these vibrant lands. The entire area, called Thaidene Nëné, is an Indigenous protected area. Parts of it are also designated as a national park, territorial park and wildlife conservation area. All of it will be co-managed by Łutsël K’e Dene First Nation.

The results speak for themselves. New studies from the United Nations, the University of British Columbia and others confirm what we’ve known for generations. Lands managed by Indigenous Peoples tend to be healthier and more vibrant.

Indigenous stewardship works because it honours the relationship between people and the land. It recognizes that forests, caribou herds, salmon runs and songbird nesting grounds benefit from respectful management. In Indigenous communities, that management is guided by Indigenous law, and generations of traditional knowledge and a cultural responsibility to care for the land.

The people of the Łutsël K’e Dene First Nation feel that responsibility for Thaidene Nëné.

I’ve been lucky enough to travel to Thaidene Nëné. I remember going out to a camp within the forest, and over a meal of lake trout, bannock and tea, members of the Ni hat’ni Dene Rangers talked about their role as guardians. They described monitoring caribou, testing water quality and welcoming visitors. They spoke with such pride in their work and respect for elders who shared knowledge with them. They love being on the land. We need this model of conservation now more than ever. The world is facing an extinction crisis, with thousands of animal and plant species being lost at an accelerated pace. As part of the global effort to turn the tide, Canada committed to protect 17% of lands and waters by 2020.

The biggest opportunities to conserve lands on a grand scale are coming from Indigenous Nations—places like Thaidene Nëné. The Government of Canada has recognized this leadership. On August 19, Environment and Climate Change Minister Mckenna announced funding for a series of conservation projects, including 27 Indigenous protected and conserved areas.

This is an important step forward. But many more Indigenous Nations and communities are eager to partner on conservation. With sustained support, we can help conserve more of the lands, animals and waters that all Canadians depend on. And we can do it across the Boreal Forest.

“People have done some wondrous things in the North,” says Steven Nitah, the chief negotiator for Łutsël K’e Dene First Nation. “The environment—the vastness of it—kind of feeds the mentality of the people. If you want to do anything, you’ve got to do it in a big way to get it done. Thaidene Nene is a good example of that.”