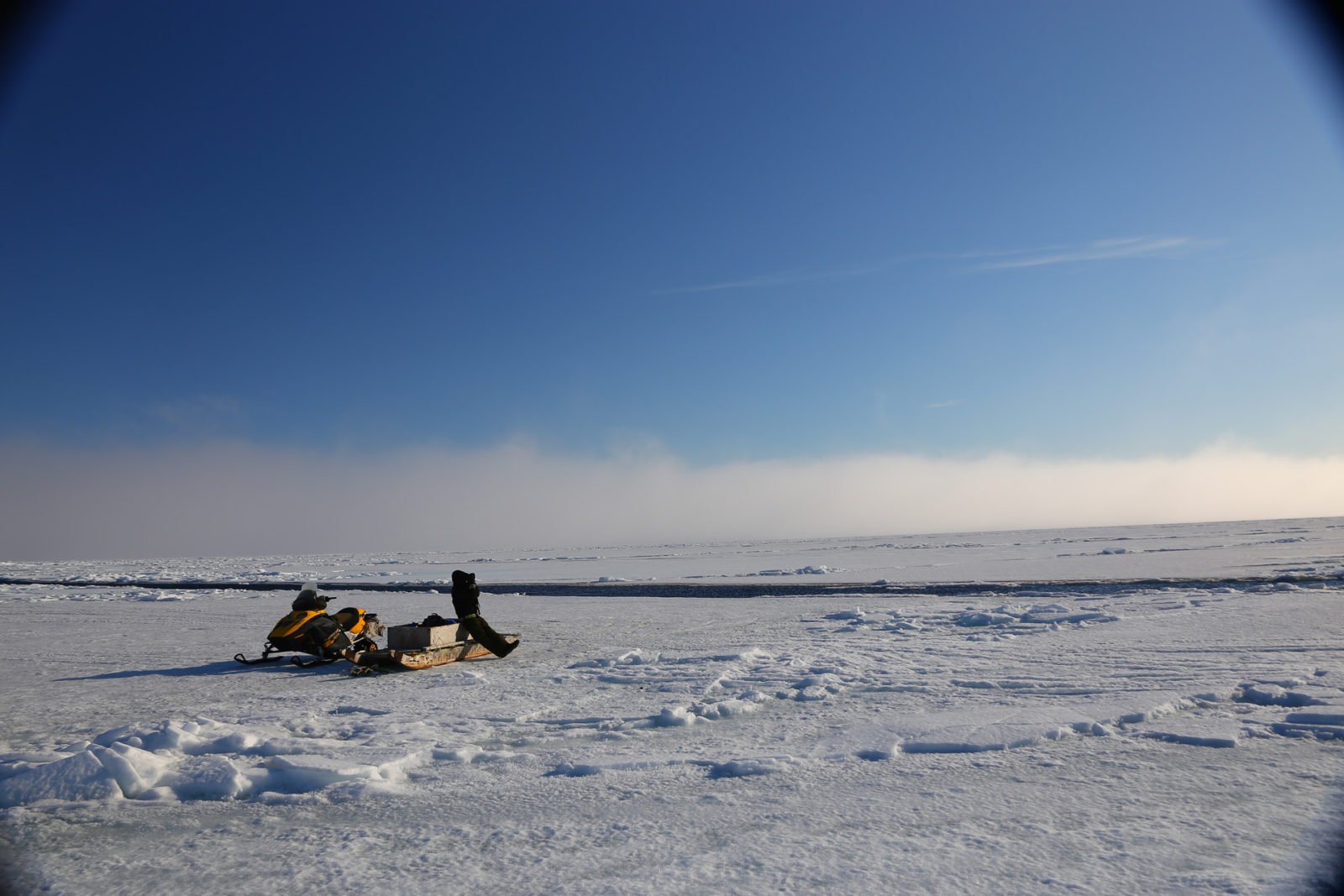 Residents of the hamlet of Ulukhaktok, N.W.T., told the visiting biologist about a duck that appeared to spring straight up from the water as it took flight. They named it – appropriately – a hover duck. With a lot of back and forth, and additional input from other residents, Arctic bird biologist Jeff Ball realized a hover duck was in fact a mallard.

The anecdote helps explain the importance of a project that will help DUC better collaborate with Inuvialuit. In the near future, residents of the Inuvialuit Settlement Region, which includes Ulukhaktok, will have a Water Bird Identification Guide that has been translated – by members of their own communities – from English into three Inuvialuktun dialects spoken in the area.

The project was sponsored by DUC, Oceans North Canada and the Inuvialuit Game Council, who have a shared interest to conserve birds and bird habitat. Together, they worked with the Inuvialuit Cultural Resource Centre on the translation and editing of the guide.

“The guide focuses on birds found in wetland and near-shore marine habitats, both of which are areas of conservation interest to the project’s partners,” said Ball, who works for the National Boreal Program at DUC.

It will also help DUC and Oceans North to better work with the Inuvialuit, who have the legal right to manage lands within their settlement region. These lands include key habitats for several species of migratory waterfowl, most notably geese and sea ducks, some of which are of high conservation concern.

“This guide will help facilitate conversations and actions that promote conservation of waterfowl and their habitats,” said Ball.

Ball said there are also cultural benefits. “This guide will foster communication across generations and help preserve the local language, which is a cornerstone of maintaining a culture.”

The guide features 46 species of water birds — everything from King Eider, which winter in the Bering and Chukchi Seas off the coasts of Alaska and Russia, to the Tundra Swan, which can winter as far south as Mexico. These 46 represent species that residents can expect to see in the Arctic now or that they may encounter in the near future as a result of climate change and range expansion.

“The hover duck was a fun mystery to crack and it undoubtedly contributed to the relationship building process, but it also derailed our conversation,” said Ball. “This guide will allow DUC to sit down with communities and talk science and conservation knowing that we’re all talking the same language when it comes to ducks.”