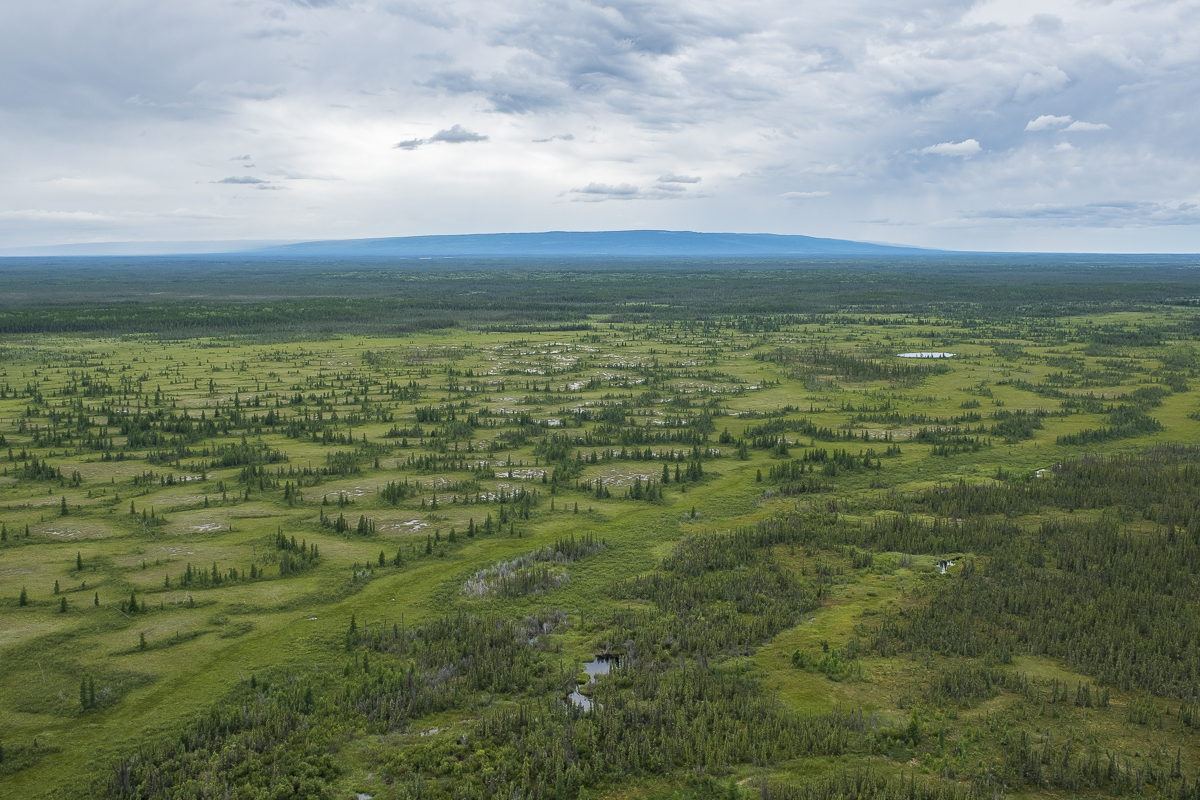 The Dehcho have always known Edéhzhíe, a 14,249-square-kilometre area west of Yellowknife, was an extraordinary place. It has supported the Dehcho people for many generations, providing sustenance even in times of food scarcity. It holds great significance to the Dehcho culture and identity.

Ducks Unlimited Canada (DUC) congratulates the Dehcho First Nations and the Government of Canada on the designation of the Edéhzhíe Protected Area/National Wildlife Area.

This remarkable achievement will help Canada meet its Target 1 goal to protect at least 17 per cent of terrestrial areas and inland water by 2020. “We’re encouraged by the innovative and inclusive approaches to boreal conservation that have emerged in the spirit of reconciliation in Canada,” says Barrett Lenoir, DUC manager in N.W.T. “It’s important that Indigenous communities are involved in self-determination of their environment and their future.”

How did DUC support Edéhzhíe?

To help the Dehcho achieve National Wildlife Area (NWA) status for Edéhzhíe, DUC made a unique land contribution. Over 15 years ago, when the Canadian Wildlife Service (CWS) began discussions with stakeholders to create Edéhzhíe, there was one private land in-holding within the proposed boundaries of the NWA. The previous owner was unable to make the land into a working farm and decided to sell it.

With the help of funds provided through the U.S. Fish and Wildlife Service, DUC purchased the land and held title with an agreement with the CWS that upon designation of Edéhzhíe, DUCs would dissolve its ownership so the land could become co-managed Crown lands and designated as an NWA. This step was critical because NWAs cannot be established with private land in-holdings. Edéhzhíe: valuable for wildlife and people

Edéhzhíe holds continentally significant biodiversity and ecosystem values. The area’s wetlands and forests provide essential habitat for waterfowl, caribou, wood bison and other wildlife. For example, the Mills Lake region of Edéhzhíe is a key stopover for migrating waterfowl and is an internationally designated Important Bird Area. “Edéhzhíe is a region rich in natural values, contributing more wetlands and carbon to N.W.T. totals than we’d expect based on area alone,” says Stuart Slattery, head of science for DUC’s boreal program.

Edéhzhíe makes up 1.5 per cent of area of boreal NWT, yet it contains roughly:

Furthermore, roughly 34 per cent of Edéhzhíe consists of wetlands, making it a top priority for conservation. The spring nesting period is critical in the life cycle of continental waterfowl and strongly influences population success. Edéhzhíe wetlands and uplands provide significant nesting area for waterfowl, supporting an estimated 34,659 waterfowl breeding pairs. DUC’s National Bore­­­al Program partners with Indigenous governments to assist with development of various land use plans. DUC combines its expertise in mapping and classifying wetlands using the latest GIS and remote sensing techniques with traditional knowledge provided by the communities. The resulting DUC maps help the communities determine which lands to protect and where to allow development, providing clarity for industry and opportunities for conservation.

“DUC and Indigenous communities have many common values around water and wetlands. Partnering to advance wetland conservation across the boreal region ensures that these shared values are available for future generations,” says Kevin Smith, national manager of the DUC Boreal Program.